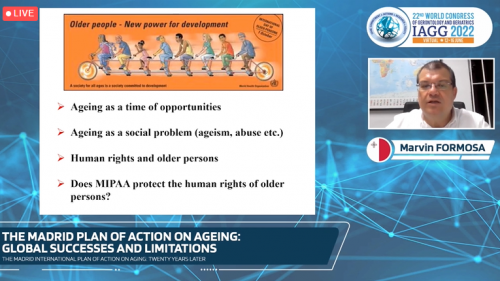 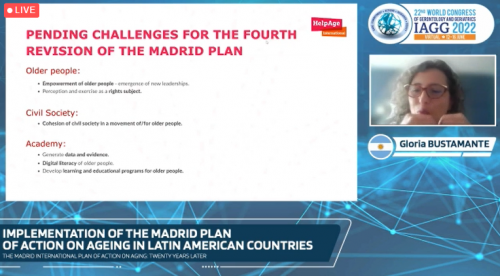 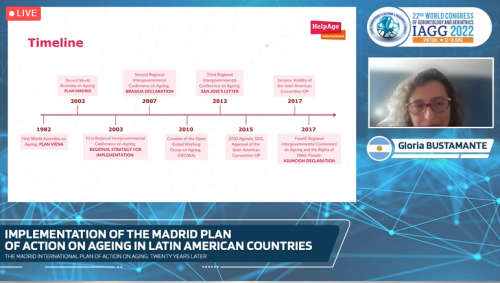 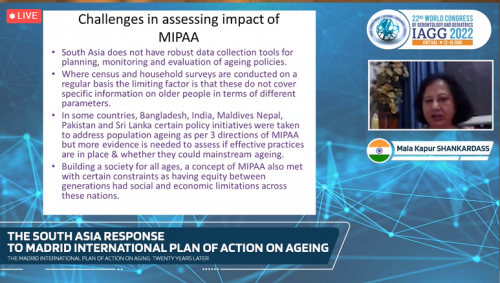 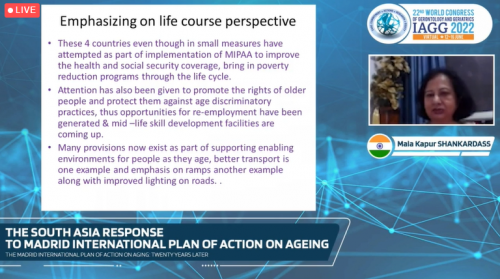 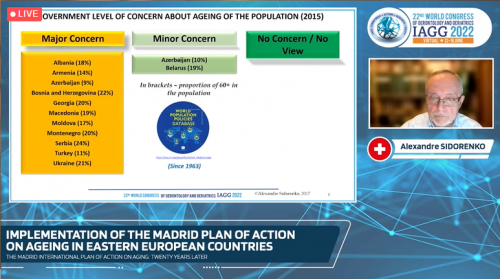 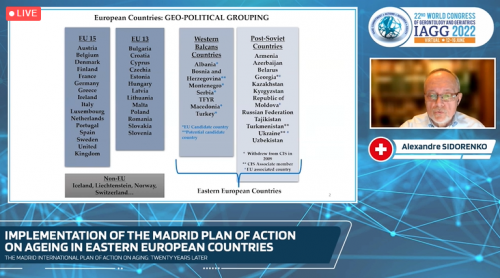 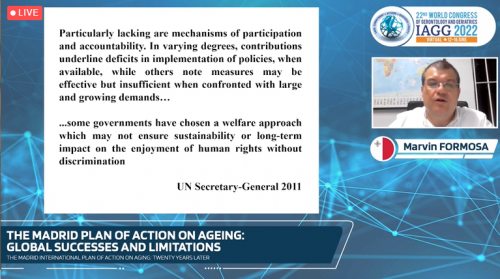 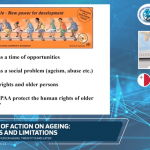 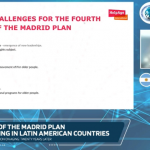 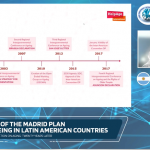 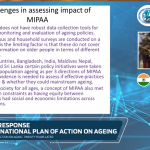 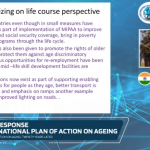 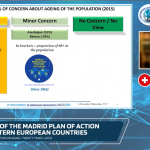 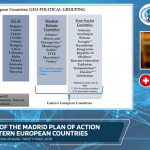 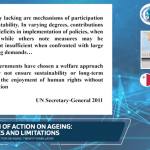 During the 22nd World Congress of Gerontology and Geriatrics, IAGG 2022, which was held virtually between the 12-16 June, INIA ran a session on June 16, titled: The Madrid International Plan of Action on Aging (MIPAA): twenty years later. Professor Marvin Formosa, Director INIA, Chaired this session and acted as the first speaker in setting the ground by discussing: ‘The Madrid International Plan of Action on Aging (MIPPA): Global successes and limitations’. This was followed by providing a deeper and dynamic regional analysis of MIPAA which was presented by three other speakers:

Dr Alexandre Sidorenko, who spoke about the ‘Implementation of the Madrid Plan of Action on Ageing in Eastern European countries’

Dr Mala Kapur Shankardass, who spoke about ‘The South Asia Response to Madrid International Plan of Action on Ageing’

Dra Gloria Bustamante, spoke about ‘Implementation of the Madrid Plan of Action on Ageing in Latin American countries’.

This successful session came to a close with a Q&A, where participants were given the opportunity to have their say by voicing their opinions and concerns to the speakers.