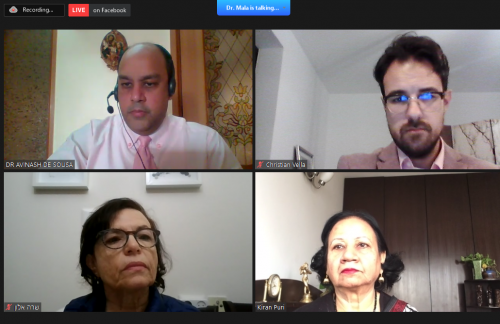 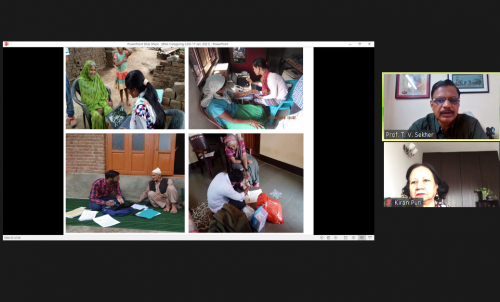 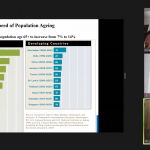 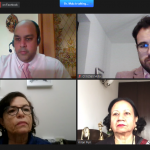 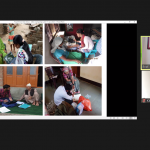 Event Description
INIA worked with the Development, Welfare & Research Foundation, New Delhi & the Department of Sociology and IQAC, Maitreyi College, University of Delhi in organising a 2-day webinar on ‘Ageing issues: Indian, regional and global context’. During this Webinar series various topics and issues were discussed including: Placing ageing in the global context with a deeper focus on ageing challenges in India; Sociology-dynamic challenges and policy response; Gender issues and empowerment strategies; Medical gerontology: Geriatric mental health issues; Palliative care and later life issues; The nationwide longitudinal Indian study ‘LASI’; Civil society responses in terms of a Rights-Based approach, and ending with a comprehensive closure of the two days by summarising the concerns and challenges for the Indian region, and by setting the necessary priorities and responses.

India and its neighbouring countries have a remarkable demographic reality. They are young and ageing societies at the same time. India with a high population of older persons in absolute numbers stands out in the Asian region and also in the world as the largest ageing society, being second only to China. These Indian Region countries are being affected simultaneously with changing socioeconomic structure and wider processes of social change, such as migration, urbanization, globalization, and technological advancements which are creating constraints on quality of life issues of older persons whose numbers are rapidly increasing and, in some countries, faster than that of the general population. In the next couple of decades, some of these countries would have the proportion of older persons equal to that of younger persons. This is set to change the dynamics of society and will have many implications for the quality of life of older people. Viewed from different perspectives of public health, social, gender, legal, and from a rights-based approach the developments in the region seen in the global context reveal a lot about the emerging aging scenario to which experts involved with this field must pay attention. Questions about health and social care, empowerment issues, mental health wellbeing, and civil society responses along with government initiatives to provide a better life to older persons are becoming pertinent. It is imperative that countries in the region plan for their rapidly rising ageing populations in an unprecedented way in this century and bring out programs and services which meet their vast heterogeneous and growing needs in changing socioeconomic environments.

Sessions held during the first day: